The Missing American
By Kwei Quartey 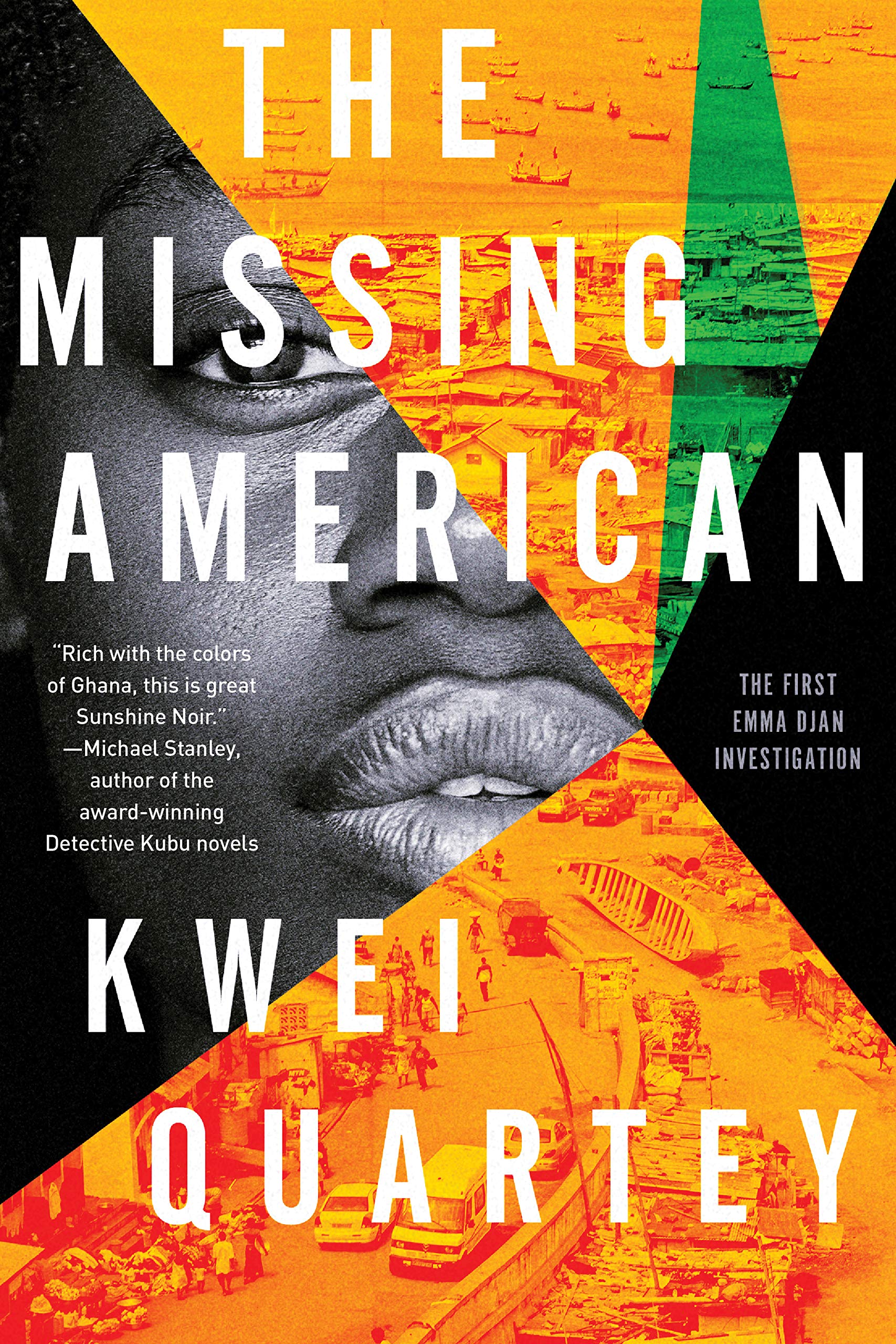 When Emma Djan, 26, meets #MeToo and has her career in the Accra, Ghana police force cut short a former colleague suggests that she apply to a private detective agency.  When she gets the job, she is thrust into the murky and dangerous world of internet and sakawa scams.

Meanwhile across the world in Washington, D.C., Gordon Tilson, a widower, is about to enter that same dangerous world, unbeknownst to him.  Through an internet support group he has become fond of a Ghanaian widow.  When she tells him of her sister who has been in a serious car crash, he reaches out to her by sending her thousands of dollars towards the hospital bills, much to the horror of his son, Derek.  When, on the spur of the moment, Gordon decides to go to Ghana to visit this woman, and then goes missing, Derek quickly follows, fearful for his father’s life.  Derek and Emma’s paths soon cross as she becomes involved in the investigation of internet scams like the one perpetrated on his father.

I loved the rhythm and cadence of the writing in Quartey’s First Emma Djan Investigation.  It’s reminiscent of Alexander McCall Smith’s No. 1 Ladies’ Detective Series.  The characters are colorful and full-fleshed and the plot is rich with twists and turns.  It was a great read.

The subject matter is similar to Will Ferguson’s 2012 novel 419, which I highly recommend.

Bring on book 2 in this series!